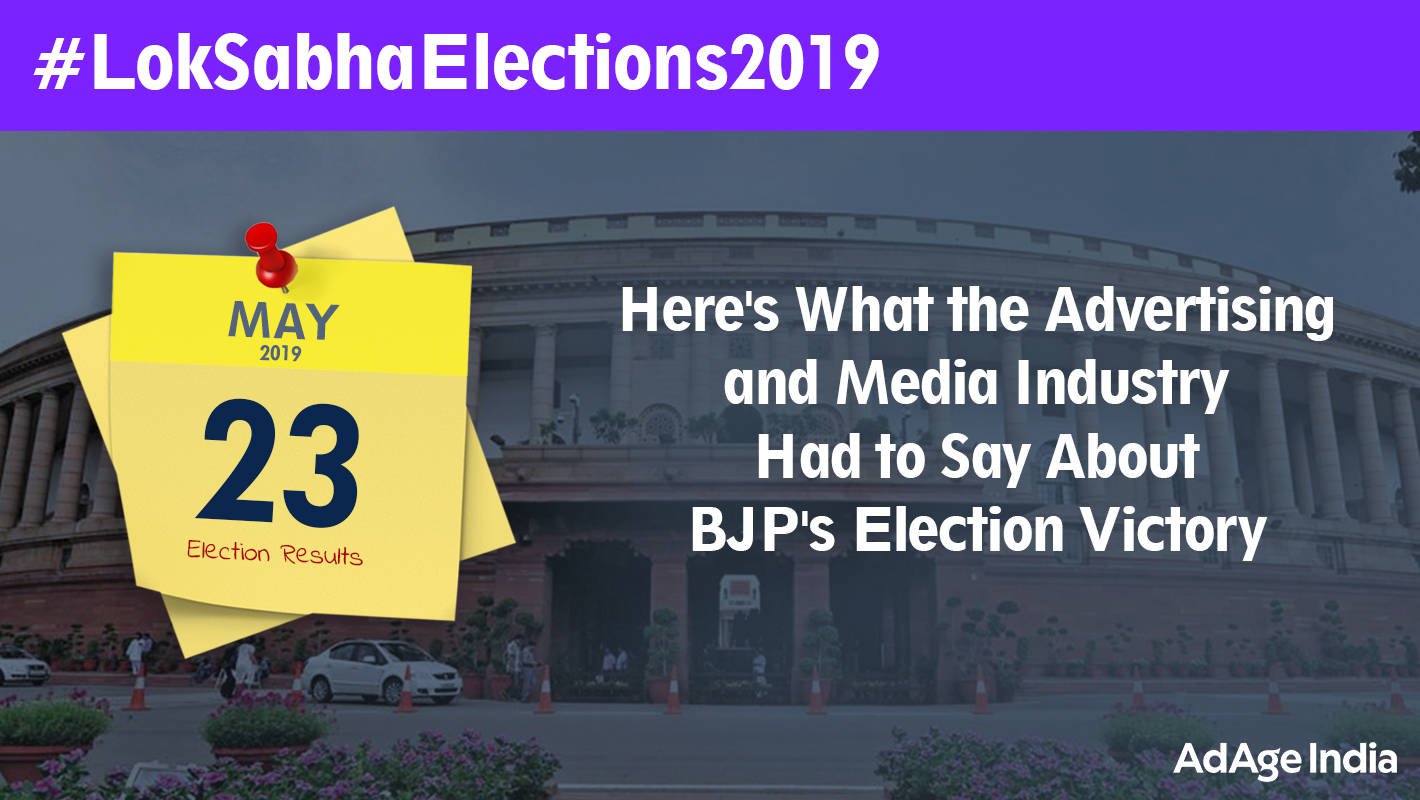 The Bharatiya Janata Party is seen leading towards the victory over the main opposition – Indian National Congress by grabbing 295 seats in the Lower House of Parliament, according to Election Commission at 14:00. In the advertising and marketing industry, hope floats that the current elected government will give a much-needed boost to the digital ecosystem and our economy.

We spoke to industry experts about their expectations from the new government:

Punit Goenka, MD & CEO, Zee Entertainment Enterprises Ltd. | President, IAA India Chapter | Chairman, BARC India:
“Transparency and Technology, in my opinion, are the two key important aspects which will boost the Media & Entertainment sector and hence the Government should continue its efforts in enabling this convergence. Our nation is blessed with rich and immense creative potential, which needs to be further unleashed and capitalized in order to drive innovation and most above, generate employment. I congratulate Prime Minister Narendra Modi on his victory. Corporate Inc. must together join this era of transformation and march ahead towards making the nation a global superpower.”

Harish Bijoor Brand Guru & Founder, Harish Bijoor Consults inc:
The EVMs have spilled the beans. The story-line for the governance mandate of India for the next 5 years is clear. The will form the next government and PM Narendra Modi will lead the country for yet another five years!

The mandate has been a record one to govern for the BJP. It is most certainly a pro-incumbency verdict that has brought in a virtual Tsunamo, as I called in an early tweet.

What’s ahead for industry then? Firstly there is an eminent degree of clarity. Clarity that says there will be a continuance of policy for the next five years. And secondly the clear mandate is an assurance of stability. Stability in the sense of policy, the business environment and indeed the facilitation processes that are in place as of today.

Political parties across the spectrum need to now understand that the elections are over. Time to bury differences, and time to work with a common goal for the good of all.

Roopak Saluja, Founder & Chief Executive Officer, The 120 Media Collective:
The return of Modi is the best option we could have asked for as far as the economy and the ad industry are concerned. While the government made some seriously bad economic decisions the last time around, there was some significant structural progress, too. The more important point is that there’s no better alternative on the economy front.

That said, I’m greatly concerned by the egregious erosion of the secular fabric of this country and the general assault on freedom of speech, along with the polarization that has occurred during Modi’s first term. I fear, without a credible opposition, things will just get worse on this front over the next five years.

The most urgent crisis we will face, however, that no one seems to have the answer to is how we’re going to create 200 million jobs over the next ten years. If we don’t resolve this, and perhaps Modi is best placed to, there will be hell to pay as a nation.