In August 2015, Gillette India launched Flexball – the world’s most advanced manual razor. With such a revolutionary technology behind it, the challenge was to come up with a launch campaign that was just as innovative and effective.

We devised the first digital-led brand campaign in the history of P&G India covering every stage.

To create pre-launch buzz, we wanted the Flexball to be evangelised by the who’s who on digital. Hence, we created an automated influencer profiling programme that used social content to map an individual to the key attributes of the Flexball. Hundreds of selected individuals across India became the first to receive a personalised pack of the Flexball.

The digital-first launch was working wonders. But our strategy with a crucial customer segment – Millenials – called for a whole new approach. We needed a stage where we could directly interact with them on a large scale.

But how do you build salience for the Flexball at a festival where razors are not even allowed and every brand is out to woo the audience with every gimmick in the book?

We created the Flexbot, a Raspberry Pi powered robotic arm that pulled images of festival goers from Instagram and Twitter and artistically etched them on canvas.

Within minutes, people started queuing up to see their photos being recreated by the Flexbot.

And before we knew it #FlexballFacesOfSunburn became the only trending hashtag of the festival, generating massive buzz.

More importantly, it had consumers who would’ve normally ignored Gillette sit up and take notice.

But we still had detractors who did not believe in the Flexball’s innovation and thought of it as just another razor. So our Flexbot took on the challenge of demonstrating its smart movement in a personalized manner.

How? With a classic game of Tic-Tac-Toe in real time. Only this time the Flexbot was powered by the world’s first programmatic gamification on Twitter.

To participate, users needed to tweet to Gillette India with the hashtag #TheFlexballChallenge, and the Flexbot made its first move via a personalized video. As users responded, the Flexbot took forward the challenge by demonstrating its smartest move.

How did we pull it off?

We created a custom program that generated video responses for every possible game state, thus allowing thousands of users to have a dynamic one-on-one game with the Flexbot and experience its smart movement.

And with that, we wound up the launch of the Gillette Flexball.

The launch of Gillette Flexball generated massive buzz for the product with impressions generated crossing the mark of 350 million. The campaign had a significant impact on bottom-line too as sales saw a sharp jump with demand outstripping supply 5 to 1. Monthly sales of shave care on e-com saw a 10x jump with e-com revenue growing at an impressive 367% year-on-year. Thus establishing the Gillette Flexball as No. 1 in the Manual Razor category and a Top 5 best-seller in the Health & Personal Care segment. 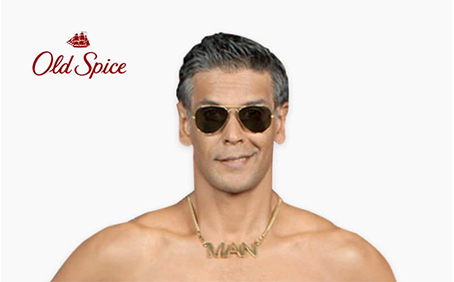